How we saw in <a href=”http://www.fkeilers.com/technology-automation-and-robotization-new-wave-that-impacts-our-global-economy/” target=”_blank”>Technology: Automation and Robotization, the new wave that impacts our Global economy</a>, Technology is changing everything, and also replacing humans for robots, but it is only affecting people? How about Companies?

Talking about Digitalization and Automation like something that only affects people because replace robots for humans, it is not the total true. Let see what happened in the film industry. 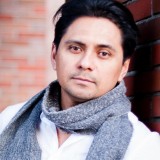 Business Developer and Strategy, Customer Service and Digital Marketing with International experience. Lover of New Cultures, Art and Photography, a Passionate about Cocktails and Mixology, and in a very special way, of Audiovisual Production.